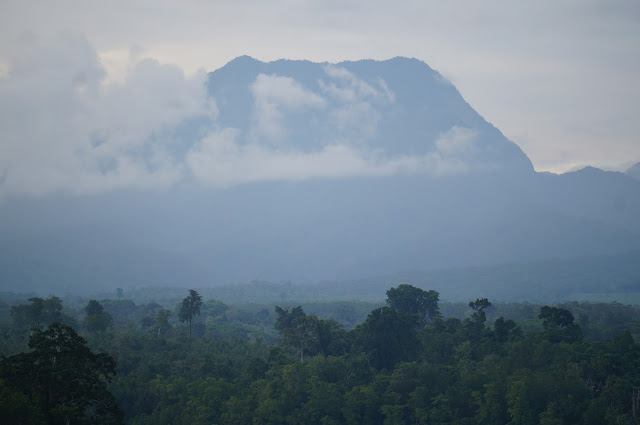 It was while anchored at Bat Harbor that we had our first encounter with a crocodile. As I was in the cockpit one evening doing my exercises, I noticed something on the surface of the water moving with intention. I stopped and watched it for a minute, and then knew for certain it was a saltwater crocodile. I called Serena out and we watched it move slowly along the mangrove line just 50 meters from where we were anchored. With so little of their bodies actually above the water, it is impossible to know really how big they are, but I guessed it to be about 8 feet. Probably not a man eater, but he might fancy my arm or leg, so we didn’t swim around here. 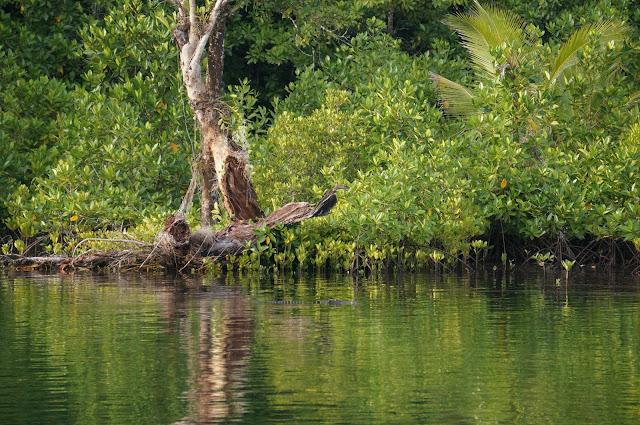 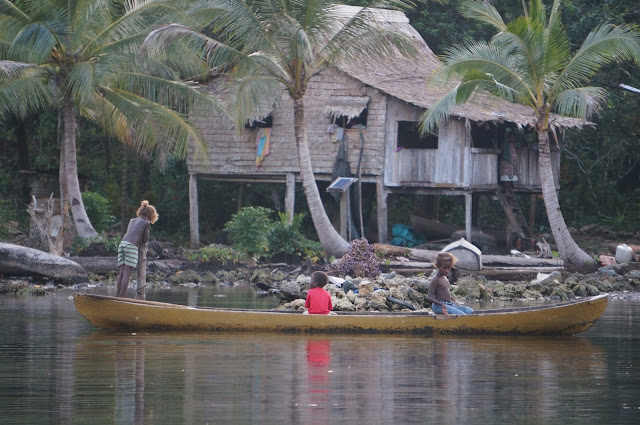 The family who lived in the bay was really friendly. When we first arrived they brought us sugar cane and papaya. When we went ashore, the mother took us on a walk, showing us her garden, and where the loggers have recently been decimating the forest. She was very upset that her forest was being logged and knew full well how that could ruin the ecosystem on land and in the ocean. 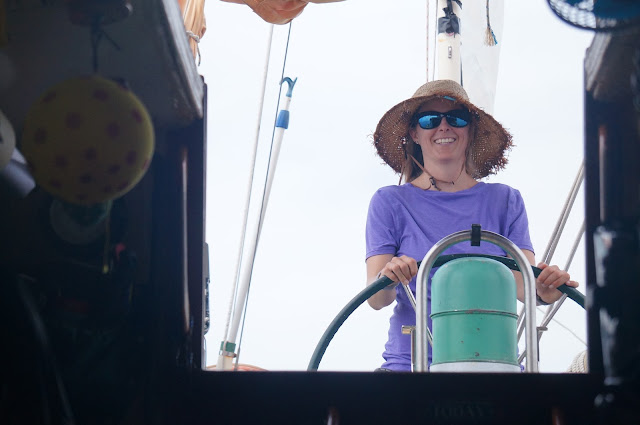 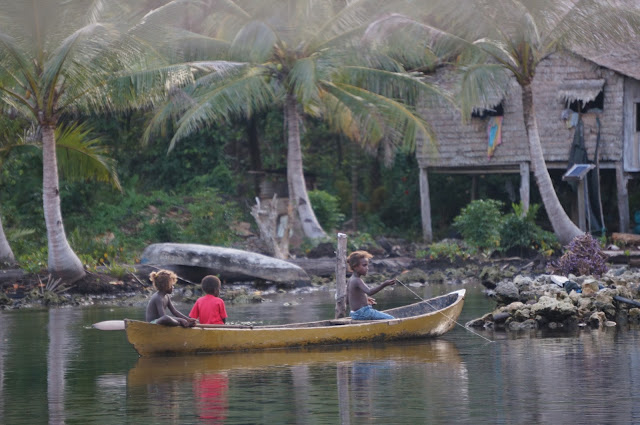 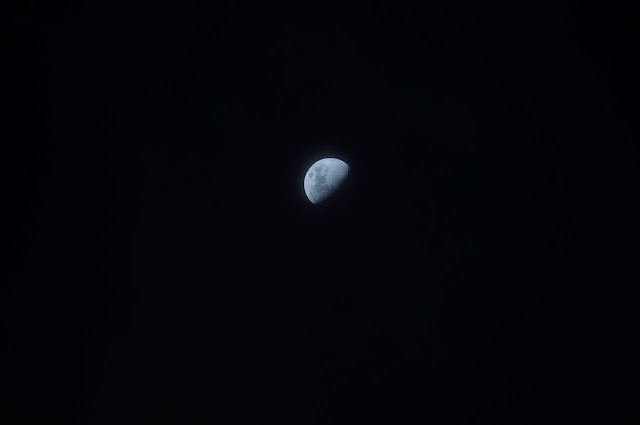 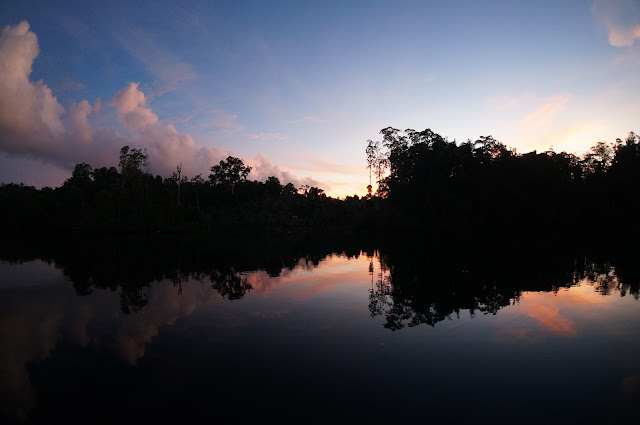 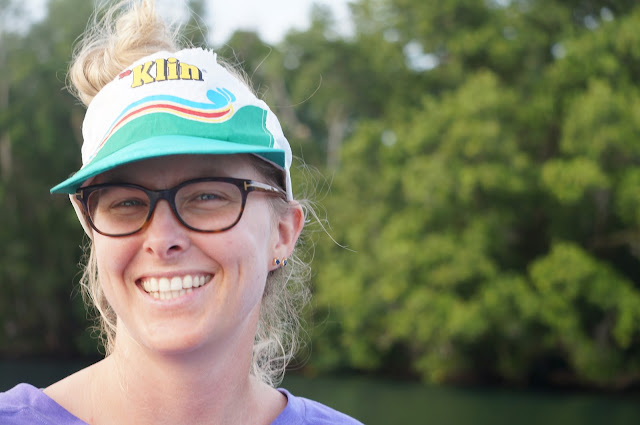 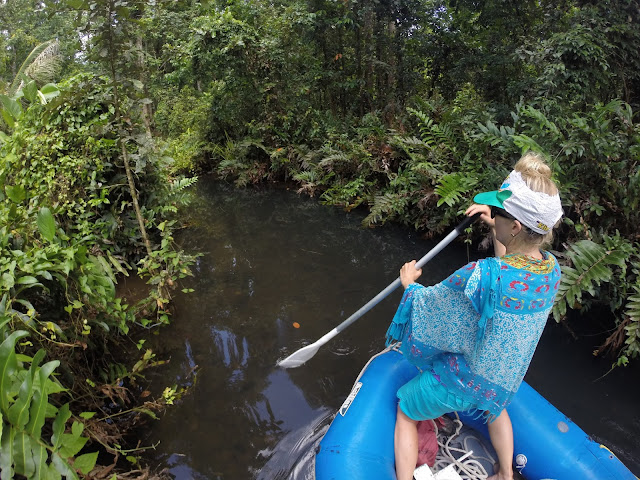 We did have some great snorkeling outside the bay along the reef. Nice coral, many fish, and a few sea turtles. The seas turtles are very skittish around here, considering they are still commonly hunted as a food source for the locals.

I caught a few little reef fish one afternoon, we ate two for dinner, and the third i put on a hook and weight, attached it to the hand line, and sent it overboard to the bottom where we were anchored. Pretty soon it was dark and still no bite. Eventually, though, I hear a racket outside and see the hand line pulling on the shock card, so I rush out to the cockpit and begin to pull in whatever is on the other end. It is heavy, whatever it is. As I get it near the surface, I can see it's shape lit up by the bioluminescence, and it looks wider than a fish. A turtle? A ray? And then it comes off the hook! But it's still swimming around, probably looking for its lost dinner. I still don't know what it is, but I am mesmerized by its shape aglow darting back and forth. I manage to grab a flashlight before it disappears, and discover a baby hammer head shark. Sometimes the best way to learn about what's swimming below you is to put out a bait and hook. 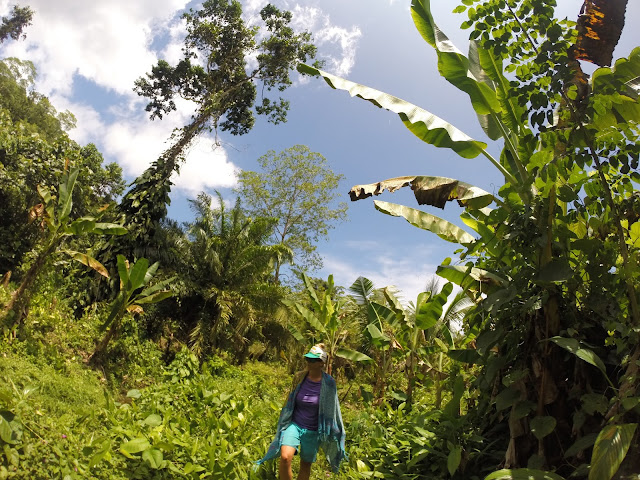