Genesis Earthling is a 1967 Pearson Invicta II Yawl.  Originally designed with a centerboard, the previous owner removed it, filled the space with lead, and fiberglassed over the opening.  This added significantly to the ballast of the boat, adding a few inches to the draft, and for better or worse permanently altered the boat.  He felt it made no difference in the sailing ability of the boat, and looking at the images, one can see that the centerboard is quite small compared to the size and weight of the vessel.  Although I would have liked to experience how the boat sails with the aid of this centerboard, I am forced to accept that I am better off without it.

When deciding on a name of the boat, I wanted to either name her after another boat in history that I admired, or create a name no one had ever used before.  George Greenough's boat Morning Light was first on the list, but I soon found out that Disney recently made a sailing movie about a boat named the very same thing.  So, I decided on creating a name no one (as far as I could imagine) had named their boat before.  I began by thinking about what set humans apart from other species on earth.  I focused not on our ability to destroy, but instead on our ability to create, and our ability to create art.  For me, someone's art is that thing that they do.  The thing they really do.  The thing that is an expression of their true nature.  Of course this can be anything depending on the individual.  The One expresses itself through humans; humans express themselves through art.  For this idea I chose the word Genesis.  Next, I thought about our responsibility as humans.  We are just one of many who live on this planet.  This ability to create art does not make us greater than the other species on earth.  This ability brings awareness.  Awareness of our self.  The second word is Earthling because we are one of the whole.  When the two words are together, Genesis Earthling, they represent a shift that is currently taking place.  There is a polarization happening now between new humans and old humans.  This title represents the new human ideals, and becoming one with the earth.  Genesis Earthling.

"The Pearson Invicta is a 38-foot (12 m) sailboat designed for ocean racing. It has a fiberglass sloop with wood trim. Sailboats were once made solely of wood however, the Invicta was the first sailboat produced with a fiberglass hull to win a major ocean race (the 1964 Newport to Bermuda), being placed second overall in the 1962 Newport to Bermuda Race. It was its first in its class and first overall. Thus permanently influencing the course of sailboat design. The Pearson Invicta was designed by noted naval architect William Tripp and was produced by Pearson Yachts located in Bristol, Rhode Island.

The Invicta's design philosophy followed a line established earlier by the beamy keel centerboard yawl Finisterre which was designed by Sparkman and Stephens for noted yachtsman Carlton Mitchell. Mitchell won the Newport to Bermuda Race three times (1956, 1958, and 1960) in Finisterre. These yachts were designed under the Cruising Club of America (CCA) rule. This rule was a handicapping system that resulted in dual purpose boats that could be used for safe family cruising as well as competitive handicap racing. These designs featured long overhangs at the bow and stern and curved "springy" sheer lines giving these yachts intrinsic beauty. As the yacht heeled over in the wind, more waterline length became available thus increasing theoretical hull speed.

The Invicta's designer, William Tripp, following the concept of Finisterre, developed a series of keel centerboard fiberglass production boats including: the Block Island 40 (built first in Holland and later in East Greenwich Rhode Island), the Mercer 44 (built first in New Jersey by Mercer Reinforced Plastics and currently by Cape Cod Shipbuilding in Wareham MA), the Bermuda 40 and Hinckley 48 (built in Southwest Harbor Maine by the Hinckley Company). Mr. Tripp's unfortunate death in 1971 ended his career far too soon at the height of his design prominence." 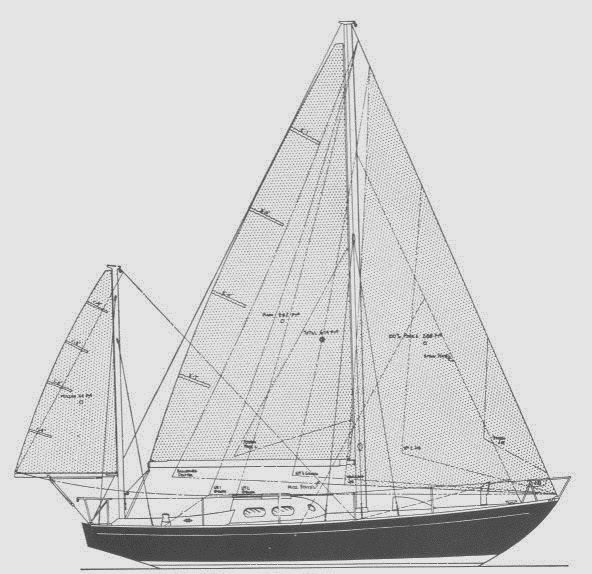 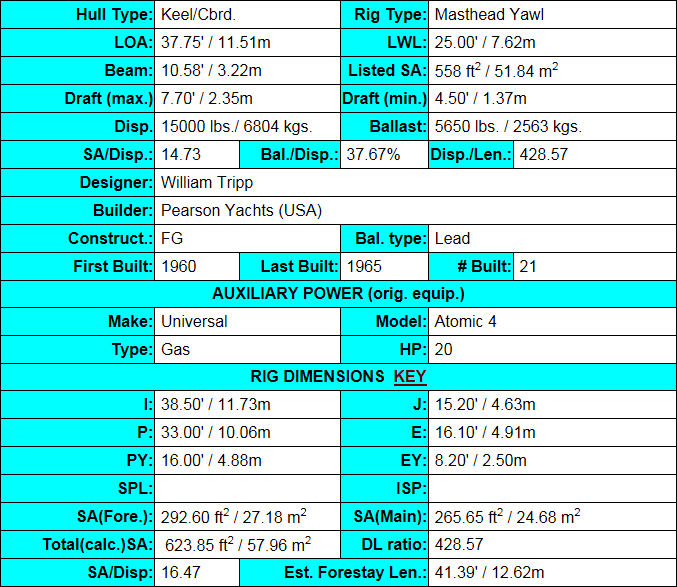 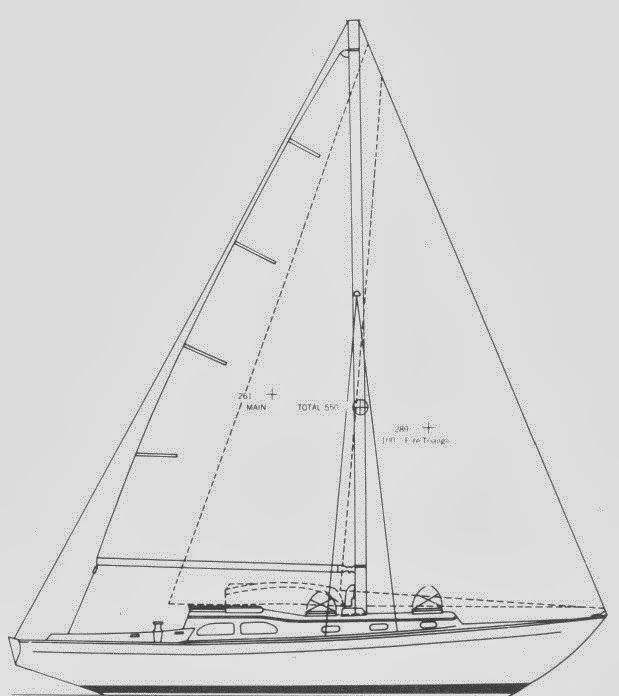 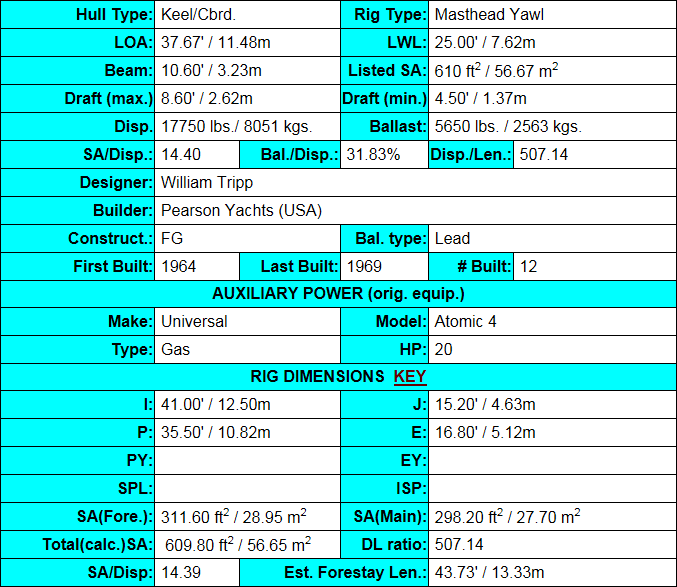