Really light winds prompted the spinnaker, however I only have a symmetrical spinnaker (which I don't really know to sail), and the wind was on the beam.  So, we hauled in a lashed one corner of the sail, pulled the halyard tight, and sheeted in the other corner.  It worked well enough to give us another knot! 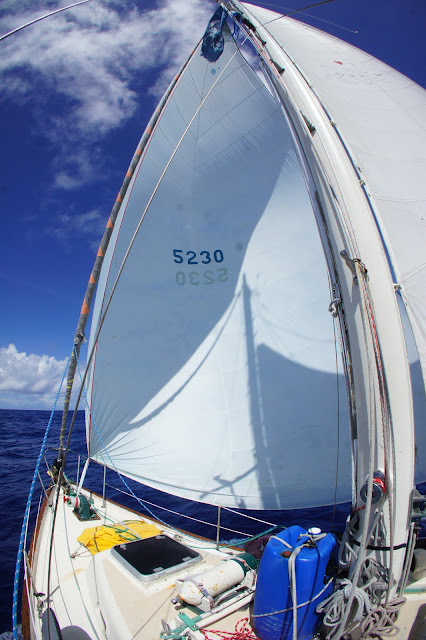 The sea is representing all that there is that lies beneath the surface.  The surface of the sea is made up of exactly what lies below.  there is no skin, no superficial layer.  out here, there is nothing except for the sea.  Sea.  See?
As it is true out here that nothing exists besides the sea, on land nothing is real except for that which exists below the surface.  there, the superficial layer does not represent what lies below.
it is that, the only, which is us.
Posted by Captain Jacob Ells at 4:00 PM